The Human Side of Disaster Preparedness

The floods that hit Alberta in June of last year were the costliest natural disaster in our nation’s history, according to the Insurance Bureau of Canada—$1.7 billion and counting. And as one IBC official said, “While the monetary cost of the floods is huge, the emotional toll on Albertans is incalculable.”

The day before a state of emergency was declared in Calgary, the senior managers of Community Natural Foods (CNF) realized they were facing something big. General manager Bruce Martin was out of the country on vacation. CNF’s flagship store was in the evacuation zone.

For a critical period of 72 hours, the CNF management team led the company through the crisis, closed one of the three stores temporarily, maintained contact with all 375 staff, and in the process laid the groundwork for future disaster planning.

“Our top priorities were the safety of our staff and the security of our property,” says human resources manager Hilary Bauder. As other employers have found during disasters, communications with staff becomes a crucial need.  First, were all employees safe and accounted for? Were any in need of shelter? While all turned out to be safe, some were temporarily displaced.

Then employees wanted to know, “Am I supposed to be at work?” And some needed to report, “I can’t be at work because there’s no public transportation to my neighbourhood.”

CNF used multiple channels for communication. Store managers called staff directly when possible and maintained lists of who had been contacted. A customer care department located at the head office became a hub for staff to send emails to their managers or call in so they could be patched through to their managers’ cell phones. Social media played a role, too, with managers posting not only on the company Facebook site but on their own personal sites as well.

With the downtown evacuation order lifted, all CNF stores opened and staff went back to work. In retrospect, Bauder notes, it would have been valuable to have policies already in place to deal with questions such as, do we pay employees for the hours they would have worked if their store had been open? And if so, for how long? Now a Health & Safety Committee is working out policies and procedures for the future.

Bauder’s advice to other retailers:

• Know who your emergency response team is, who is responsible for what, and what to do if your leader is not there.

• Know your top priorities in event of a disaster, and share them widely.

• Maintain communications with staff and customers in all the venues you possibly can.

1) Educate your staff about personal preparedness at home.  They can return to work sooner and be more productive if they know their families are safe.

2) Put together a survival kit on site, including protective clothing, gloves and masks for core staff.

3) Make alternate plans for paying your staff and maintaining their benefits if your payroll service or benefits providers are out of communication.  If ATM’s are not functioning, your employees might have a desperate need for cash.

4) Contract with an Employee Assistance Program (EAP) for your staff. This low-cost benefit, while helpful in normal times, can provide essential practical aid for employees in time of disaster, as well as counselling for trauma and loss.

5) Test your emergency communication plan.  Did you reach everyone?  Test your evacuation plan.  Is everyone accounted for?  Don’t wait till disaster strikes.  •

By accepting you will be accessing a service provided by a third-party external to https://www.cnhr.ca/ 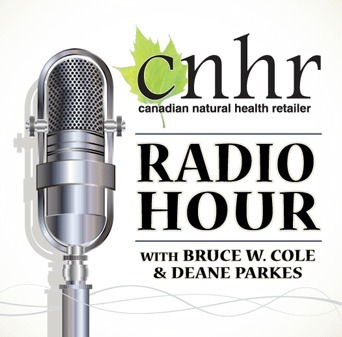 Your customers have spoken.  The numbers are convincing: Canada’s natural health retailers turn to CNHR for your new products.  A survey conducted in June 2020 shows retailers read the ads and Product Profiles, and react to them.  They order products they’ve seen in CNHR.  They look for your new products in CNHR.  Reach your customers via CNHR by print, video and/or podcast.  Various opportunities available to fit any budget.

• Be visible as stores re-focus and re-charge

• Stake your position in the “new normal”

Retailers want to see more of your new products.  So, we’re making it easier for you and them.

Introducing our new Product Profile Package:  a three-pronged way to reach retailers by combining print, video and podcast.  You get all three!

VIDEO:  This is new for CNHR – video product reviews.  You’ll get a 30 second review of your product with product image and voiceover.  Five products per video, then e-blasted to CNHR’s database, to be shared among staff and with the store’s customers.

PODCAST:  Also a new feature.  Your product will get a mention on the New Products portion of the popular CNHR News Podcast, hosted by CNHR editor Bruce Cole and Deane Parkes.   Your company name, product name, a couple of lines, followed with your company contact information.

Three-platform exposure for your new products, delivered by CNHR, the trusted source of industry information retailers have counted on for 24 years.   Three platforms for $699.00

The Product Profile Package is FREE to all full or half page advertisers!